The Ministry of Voiceovers

Let’s talk about ministry for a moment. There are all kinds of ministries out there.  And sometimes, the very word “ministry” can be a term that just makes you cringe.  Ugh, not those Christians again.  Or maybe you’ve had a bad experience with a ministry.  There’s no way I’ll donate to that ministry again – they’re a bunch of crooks!  Or perhaps you’ve served and just gotten burnt out on ministry and lost love for it, and have nothing left to give.  I will never love again.

As a voice talent, how does ministry even pertain to voiceovers in the slightest?  What do they have to do with each other in any way shape or form?

Said in my best Spanish voiceover voice: I essplain to joo, so that joo will not escream. 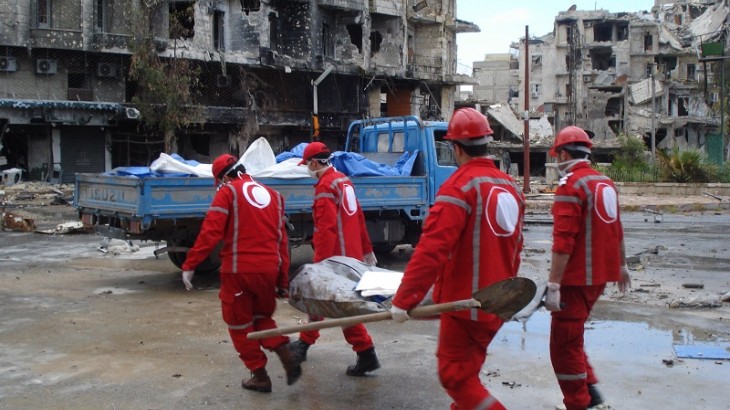 First of all, what is ministry?  Isn’t it an outreach of some kind, an attempt to connect with others, to serve them, for their benefit, so that they are edified, affirmed, helped, or loved?  To explain further, ministry and Christianity are mutually exclusive; they don't have to belong in the same sentence.  Ministry is not a term coined by the Christians nor the Red Cross.  It’s not owned by either, and there’s no claim made to it.  Ministry is simply, according to Mirriam Webster:

I like definition number four.  A person or thing through which something is accomplished.  So what is something then?  It’s the opposite of nothing.  When I do nothing for anyone, no one benefits.  (Except maybe me when I need one of those movie nights with my feet up and I don’t need to serve anyone).  But when I do something for someone, both of us benefit.  Both the server and the servee (I just coined that) benefit.  We both receive some kind of joy and fulfillment through the service.

Ministry is, to me at least, an outreach of giving, whether that’s through finances, service, or other resources.

How are voiceovers a ministry?

I’m not going to say anything else before I show you this video.  I don’t expect you to watch it in full, but I would hope that you would listen to it.  I did the voiceover for this video.  I had no idea what I would be seeing.  I was simply given a script.  I couldn’t see the end product, and no clue what they were producing. It was up to ME to breathe life into that script.

Another example.  I was recently tasked with narrating an audiobook on tithing.  I’m a Christian, so this is an easy fit for me, because it’s Biblical, and I believe it.  So I narrated it.  I wasn’t prepared for a story of giving (cited in the book) to hit me so emotionally at one point while voicing it.  It was absolutely moving, and I had to choke back tears as I was reading it.  That narration actually ministered to me, the voice talent.  I was nearly crying!

Ultimately, however, this project and the one before it were opportunities for me to minister to people.  I wasn’t hired to simply read words.  I was hired to lift them off of the page, to float them through my microphone, down the XLR cable, into the computer, into my DAW, into the mp3 file, into WeTransfer, into the client’s computer, into their video editing program, into their video, into the finished product, into whatever medium they were broadcasting it in, and then into the listener or viewer’s ears.  But it didn’t stop there.  It went into their heart too.  At least, that’s always the goal.  The goal is to minister to your listener.  The goal is be a person or thing through which something is accomplished.

The ministry of giving is the ministry I employ here.  When I narrate, I give.  It is my job, my pleasure, my ministry, to give through narration.

As a voiceover artist, it’s always my goal to bring words to life.  To transport the listener.  When I was hired by Discover Long Island to bring their words to life, I had to envision all of the places that they were describing, as I am neither from there nor have I ever been there.  But when I saw the finished video, it ministered to me, much like the yellow yarn video I linked to above.

Now, when the Red Cross serves, or the Union Gospel Mission doles out soup or soap, or World Vision brings support to communities, or Habitat for Humanity builds houses, they’re all performing a ministry, a something that is being accomplished through them.  Why should voiceovers be any less of a ministry?  I am hired to help accomplish something through what I do.  That, my friends, is a ministry.  Whether you’re being asked to tug at heartstrings or appeal to pocketbooks, the goal is the same.  Whether you’re being asked to promote a car or a homeless shelter, to plead the case for that new truck or saving those feral cats and dogs, the goal is always the same.

Do I always hit my mark?  Not always.  Some are goofy reads…some are less emotional.  Some don’t make you weep, they make you smirk.  Are those any less of a ministry?  Nope.  A child can be inspired through a goofy cartoon.  A family can dream about that new minivan.  A businessman who works too hard can dream about that vacation in Long Island and getting away from it all.  It’s my job to make that as real as possible…..to minister to them.

Need a voiceover?  Request a quote today or visit my Demo Reel.