Your Guide for Human Etiquette in the 21st Century 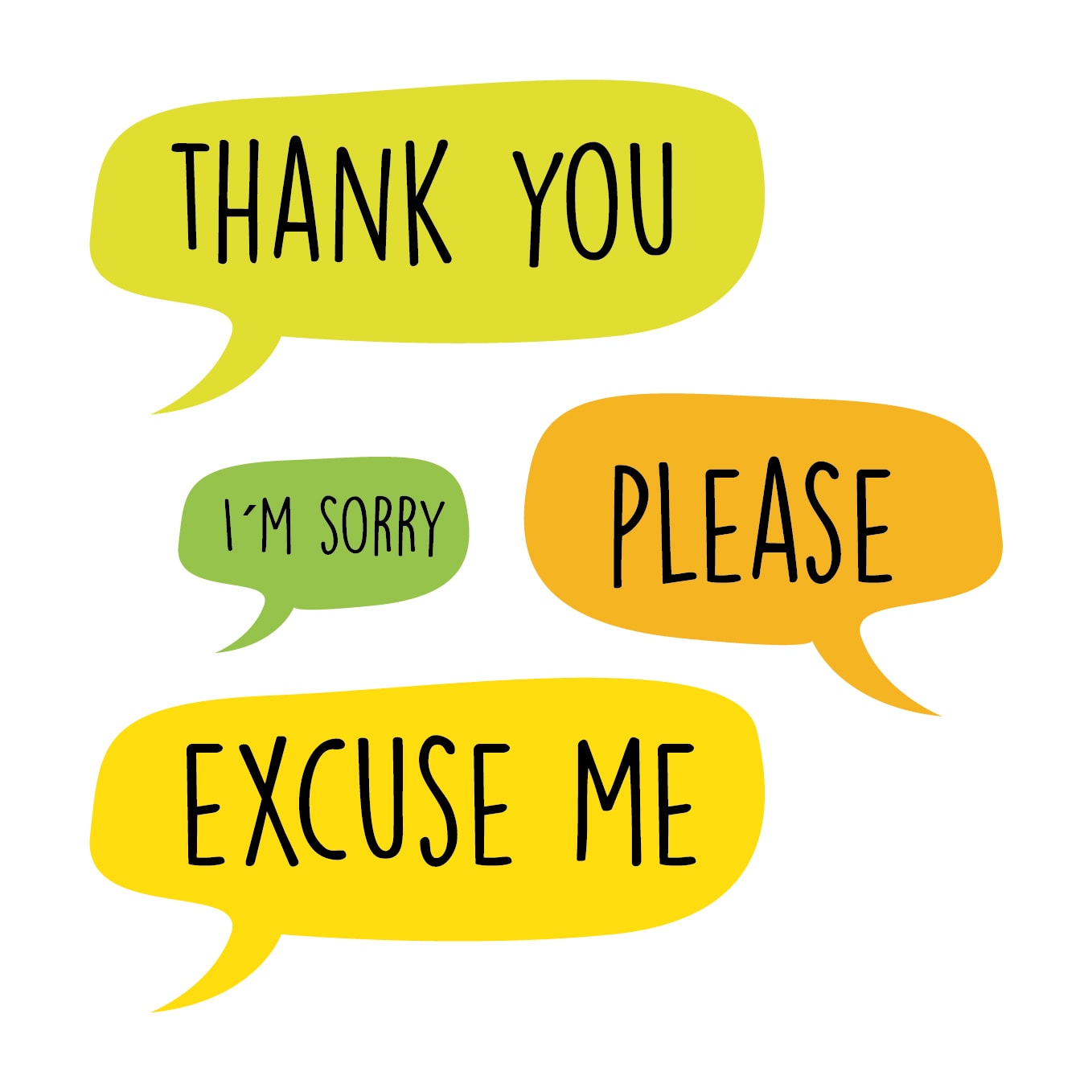 My preschooler.  Such a dynamo.

Brennan is still learning English, so you can’t fault him.  He is not yet 4, so he is still essentially enrolled in English-as-a-second-language, since his primary language is dribble-drool-goo-goo-gah-gah-squeal-wah.  My favorite thing he says, when asked if he needs to go potty, is “I already’d.”  That’s as in “already”, but past tense of course.

My kiddo is simply adorable, and my wife and I suspect God makes them adorable for a reason, so that their loose grasp of English and their developing etiquette isn’t quite so infuriating…or embarrassing!  Case in point, the other day he told my mother-in-law that she didn’t have a penis.  I am not making this up.  (My mother-in-law already knew this of course.)  But at the same time, my son managed to score points for being anatomically right and socially wrong.  Mind you, a comment like that doesn’t tend to spawn much further conversation, and generally promotes a beautiful shade of rosy apple red in the cheeks of my wife and I.  As a result Brennan is now on a time-out from speaking to other humans.

When we were teaching him manners as an infant and toddler, we would always stress the use of “please”.  It’s part of The Golden Rule.  “Please” (pronounced “peath” by all toddlers in the entire universe everywhere) is an important and necessary word that softens the demanding nature of his requests, and replaces it with a more cordial allowance that invites us to provide for him, as opposed to us sneering and scoffing from our high table while we eat our caviar, filet mignon and Cabernet Sauvignon, casually tossing him bread crumbs on the floor.  "Peath" makes us want to give things to him, like time-outs.  Kidding!  Juice is what he always wants.  Juice and candy.

But somewhere along the line, he, like many of us, will forget this all-important word, and its equally-important counterpart phrase.  And this time, I’m not talking about “butternut squash”.  I’m talking about “Thank You.”

A Bitter Root Cause

As a civilization, when and why did we lose the importance of saying “please” and “thank you?”  Did we forget the Golden Rule, and treating others as we ourselves would want to be treated?  I’m utterly convinced that, yet again, pickles are responsible.

Now, I know exactly what you’re thinking right now: when does this blog end?  Hang in there.  You are probably also thinking peanut butter should be creamy, and not chunky.  I agree.  But the third thing that you may be thinking is how on earth can pickles be responsible for such hootenanny?

Stop sizing me up for a straightjacket, and allow me to explain.

Pickles will kill you. Every pickle you eat brings you nearer to death. Amazingly, the thinking man has failed to grasp the significance of the term "in a pickle". Although leading horticulturists have long said that Cucamis Sativus possesses Indehiscent Pepto, the pickle industry continues to expand.

Pickles are associated with all the major diseases of the body. Eating them breeds wars and Communism. They can be related to most airline tragedies. Auto accidents are caused by pickles. There exists a positive relationship between crime waves and consumption of this fruit of the curcubit family. For example:

Evidence points to some startling long-term effects of pickle eating:

Even more convincing is the report from a noted team of medical specialists. They found that rats which were force-fed 20 pounds of pickles per day developed bulging abdomens and loss of appetite.

So, now you know.

Had none of us ever eaten pickles, we’d be better people, darnit.  We’d be less crime-infested, safer in the air and on the ground, not Communists, not warfaring, a kinder civilization, and doggonit, we’d have manners.  We might even let people merge in front of us on the highway.  *pause*  Well, one step at a time anyway.

One of my favorite (read: most annoying, hated, despised or makes-me-want-to-unfriend-you) texts to receive is from someone who texts me “Call Me.”  I’m sorry, but did you just summon me?  I was unaware that you were royalty, O Exalted One, and as I have never addressed myself as your loyal subject, I was unaware that I was answerable to Thee.  I am however painfully aware of how slowly you type, and therefore also know that it would have taken you far less time to simply say “Hey, Siri, dial Josh” rather than peck out little letters one by one and summon me to your throne.  And with said summons, would it have been so hard to muster a pleasantry, Captain Cordial?

Of course, Siri being Siri, she most likely would have opened your Flappy Bird app instead, or opened the Apple Maps app to gently guide you into the middle of Australia.

So what's to be done?

As voice talent, we’re often summoned to submit an audition.  Or a reread.  Or to send something over.  Does the client always say “please” with their request?  No.  Does the client always say “thank you” when we’re done?  No.  Does the client deserve a swift kick in the tushie when they do this?  In an ideal world with no Judge Judy, yes.  But it’s our job to be patient, and to continually count our lucky stars when someone actually does use manners, knowing that ultimately there still is good in people, even Darth Vader, who never bothered to say “please” before “Join me, and together we can end this destructive conflict, and bring order to the galaxy.”  I wonder: had he said “Please join me”, would Luke perhaps have indulged him?  But Vader didn’t do that.

There was however ultimately still good in Darth Vader, as opposed to the guy who sends one stream of thought as thirty-five separate texts.  No hope for that guy.

Still, Darth Vader didn’t even say “thank you” to Luke for:

What is wrong with the universe, I ask you.

On an entirely separate yet related note, the Superbowl is over.  So I have a question for you.  Did you say “Please let the 49’er’s win?”  Or “Thank you that the Chiefs won?”  Either way, did you even consider saying Please and Thank You to the football god?  Those manners could have affected the outcome, you know, like hanging chads.

Run to the Light

So let me take this moment to invite you to follow me to The Light.  It’s a place full of manners.  It’s nice and warm in here.  It’s full of people who extend common courtesy by asking – not demanding – for something, with the use of “peath”.  Here in The Light, it’s populated by people who say “Thank You” for a courtesy done to them.  We take the time to recognize that we received something that we otherwise might not have, so we’re grateful, and resonate that gratitude by extending thanks.

Of course, the reason we’re in the light is because we were all born pre-1865 and 100% of us are dead because we’ve eaten pickles, dangit.

So peath, for the love of God, learn from all of us who have gone before.  Cease eating pickles at once, and start saying “Please” and “Thank You” - to your customers for choosing you, and just generally using manners on all sorts of mammals - or I will dispatch my preschooler over to your abode to make you pass out from cuteness.  Manners still matter.

PS your grandma says hi.  Yeah she’s in here.  Of course, she never ate a single pickle, but do you remember that awful parasailing accident?  Mm-hmm.

A Manners-filled Member of The Light 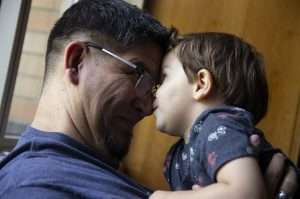 6 thoughts on “Welcome to Voiceover Manners 101”