Written by a Male for Males 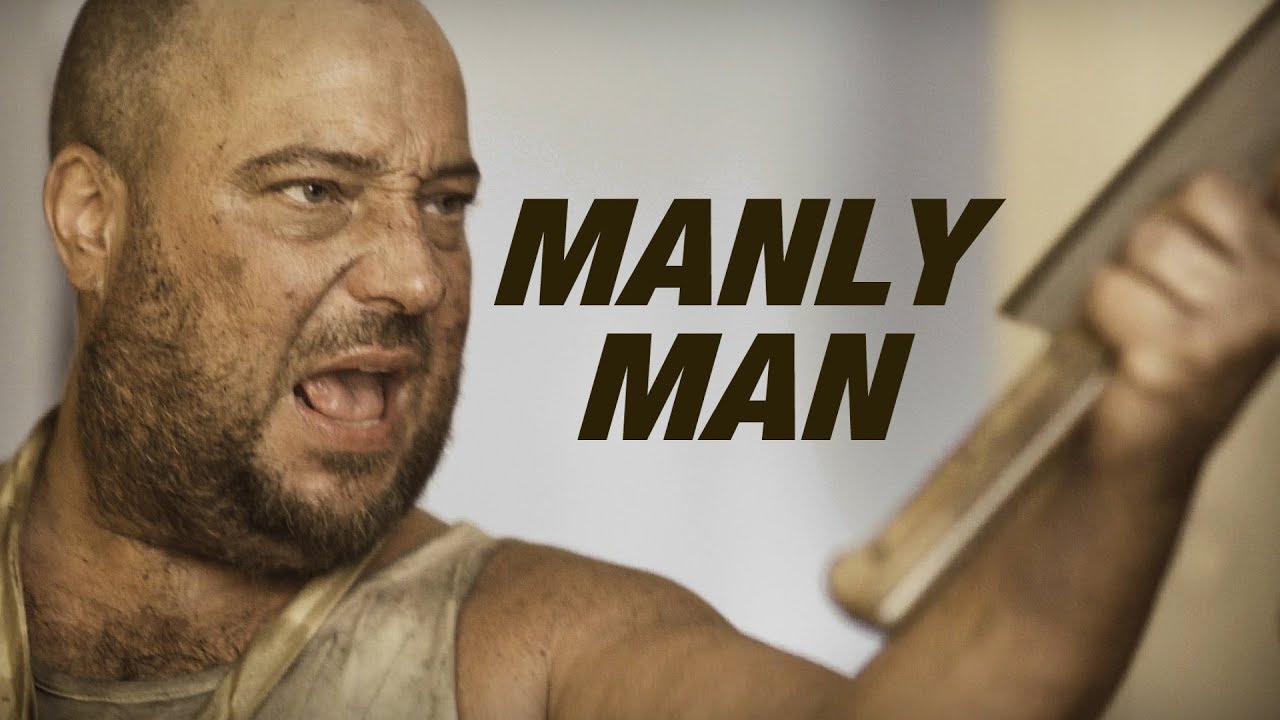 It’s hard being a Dude

When you think about it, it’s difficult being a human.  I would much rather be a tiny tardigrade (I’ve talked about them before) because apparently they’re indestructible, even if you send them to the moon and then blow up the moon.  (Please do not try this as I’m told we need the moon for movies like Moonstruck and TV shows like Moonlighting and songs like Moonchild and drinks like Moonshine and activities like mooning - sorry, can't link that last one).  As a man, I would not want to be sent to the moon for the sole reason that there are no Subway restaurants there; at least, not yet.  I would probably be the first franchise to open one, and I would call it “Josh’s Subway”, in honor of me, the first Subway-restaurant-owning-Josh-on-the-moon, as far as I’ve been informed by other Josh’s.

But it's even harder being a Man!  As men, we have to deal with So Much Stuff.  Not that women don’t, mind you, it’s just that, while women have to give birth, men have to do math.  Math is hard.  Harder than giving birth, if you ask me, because it involves things that make my face crinkle into a hyphen, and makes others look at me and question whether I’m pooping.  I tell them, “No, I’m just thinking really hard.”  And they respond, “So….pooping.”

There’s really no way to properly communicate to the female gender, and women, how hard it truly is to be a man.  It only further complicates things when you’re a male AND a voiceover artist, because then it’s essentially competitiveness multiplied by bravado to the power of machismo, added with virility and rounded up to the nearest chauvinistic point.  Survival of the fittest to be sure, as we all contend for those coveted Morgan Freeman voiceover roles.

Do Voiceover Women feel the same way as they contend against other Voiceover Women in pure Amazonian warrior princess style for those Catherine Zeta-Jones or Cate Blanchett voice roles?  Do they understand our pain?  Is there a solemn nod of solidarity as they give us a Mockingjay salute from their side of the fence?

The answer is NO.  Because they are different.  And mutants. 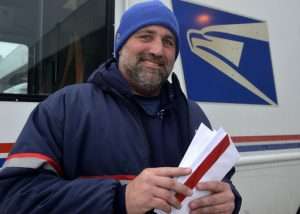 So – I’m a man.  And I’m a male.  I’m a male man.  But as I’m also a voiceover artist, I’m required to deliver you things.  So that makes me a Male man Mailman.  And your dog will probably bite me as I do so.

But does that make me any more of a contender in the voiceover marketplace than a Voiceover Woman?  Not really.

Ultimately, I seek to deliver a quality product, but even though I’m a man and I’m male, I may still get bit.  Females may be able to better deliver a script sometimes, if that’s what the genre, product or service call for.  Should I take offense?  Only if I’m a male man who is insecure of his maleness, like someone who likes to pick on people from his Twitter account, but I’m certainly not naming anybody in particular here.  Certainly not! That would be donning my trump card with a precedent.  Oh - have I said too much?

Here’s a perfect illustration of how men and women are different, and I thought I’d both link to it and embed it:

That about sums it up.  What Mark Gungor so humorously illustrates is that, putting it respectfully, women rock and men are freakazoids.  #truth

I’m not disputing anything Mark says, because I know enough about myself to know that I’m just plain awkward in every way.  I can’t do home remodeling to save my life.  I mean that.  If my wife and children are being held by a madman who has demanded that I install a thumbtack in the wall or they will all be killed, then I shall lovingly kiss them all on the forehead and say “See you on the other side.”  Because if the madman doesn’t kill them, then I will accidentally kill them and the entire planet by putting the thumbtack into the wall and accidentally hitting a live wire thingy which shorts out the power thingy that controls all the other power line thingies that connect to the preservation-of-life thingy that I assume powers Earth.  I’m not kidding.  I’ll mess it up somehow, and then you’d have to hire a Fix to fix the fix that I fixed, while we all float around helplessly in space around YOU, Mr. Fixer Guy, and watch you fix my wall.

Women voiceover artists, on the other hand, are able to both voice a script AND remain standing, whereas I tend to fall down from lack of mental resources.  I can read, I just don’t get the whole “standing up” thing. 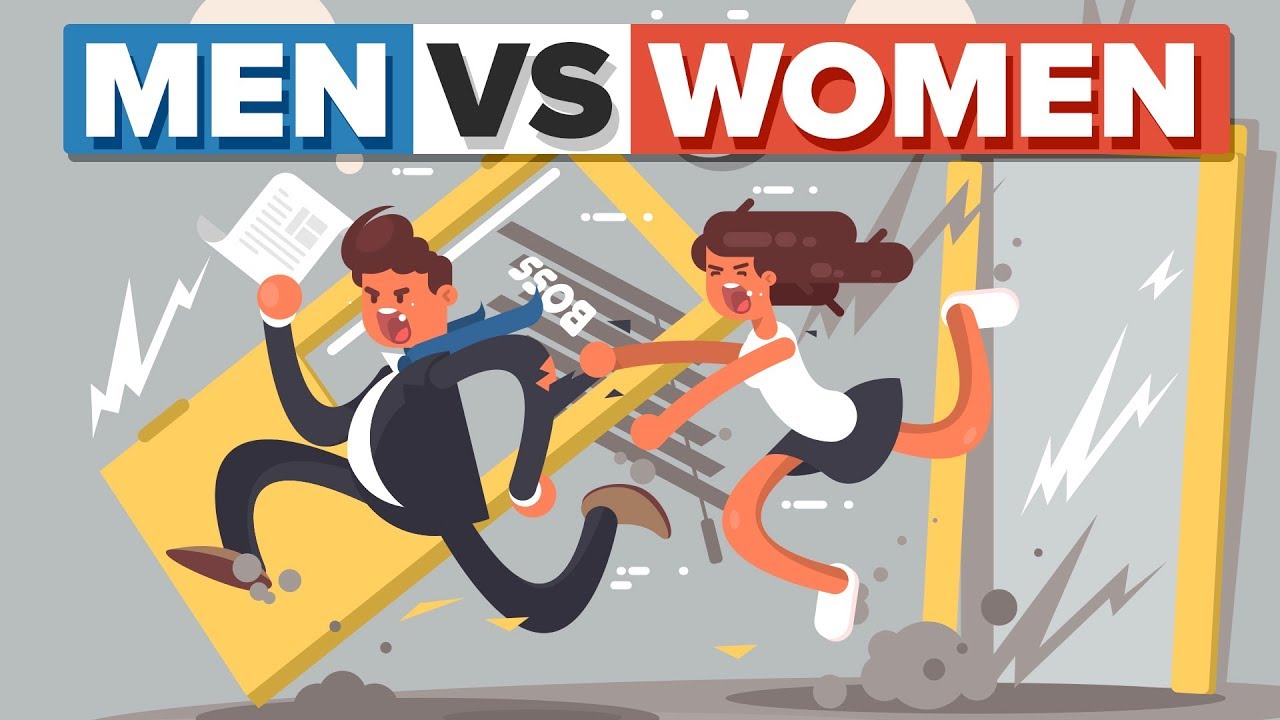 Women are curious beings, true enough.  And Voiceover Women are exceptionally talented folks.  God bless ‘em all.  Not that I’m endorsing any particular person for president, but I do think it would be nice to have a Madame President one day, because sometimes I think all men should be loaded onto rockets and fired swiftly into the sun.

We men tend to get so aggressive about things.  We complain and whine when we can’t find the remote.  We get bent out of shape when we’re cut off in traffic.  We can’t take babies crying for more than there-is-no-time-measurement-we-simply-can’t-take-babies-crying-make-it-stop-alright?

We so easily lash out.  Examples:

Why do women marry men again?  Can someone solve this conundrum for me?  It’s my suspicion that all women inadvertently fall ill to A Sickness, and lose the capacity to think rationally, at which point they will answer any proposal-based question with an emphatic “Why yes, I’ll certainly marry you”, and then become certifiably insane until their husband dies, after which their eyes are opened and they breathe out in awe, “What just happened???”

I suppose it’s because we’re big and manly and we can employ a low Sam Elliott-esque growl in some of our voiceover jobs.  Perhaps it’s because when we recite, all low and gritty, “Beef – it’s what’s for dinner,” something hormonal happens inside them and they fall into a swoon and no longer need any nail appointments again ever because they’d rather stay home and make babies instead.  I however think it’s because we males are just so doggone entertaining to watch while we bumble our way through life.

Just don’t ask me to do math or I may poop. 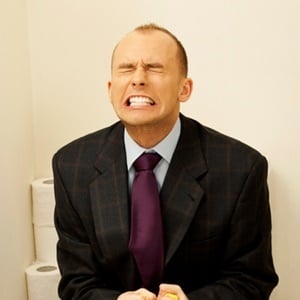 13 thoughts on “What To Do When You’re Male”